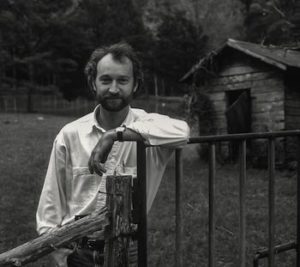 Trouble On The First Page: Who Is Larry Brown?

One time, during a Christmas visit to my parents’ house in Phoenix, Arizona, as I was getting ready for bed, I perused a small portion of their library in a room they called, “The Red Room,” aptly named after the dark red – almost maroon painted walls. “The Red Room” used to be a spare bedroom, but after my sister and I moved away permanently, it was transformed into a dimly lit reading room with a comfortable leather chair and a couch that were surrounded by gorgeous floor to ceiling oak bookcases. On the wall above the couch was a custom acrylic case displaying a dozen rare mid-century pulp fiction mysteries with moody and sometimes risqué front cover artwork.

The room was filled with Sue Grafton’s entire collection, Presidential biographies, a first edition Franny and Zooey, Rosemary’s Baby (fitting for “The Red Room”) and bunch of unorthodox material near the couch: The Book Of Facts, comic books, humor and a few books by Larry Brown. I picked up Brown’s, Facing the Music because I’m a composer and the title caught my eye. “Who is Larry Brown?” I asked myself as I thumbed through the book. I was pleased to discover that Facing The Music was a collection of short stories. It was late, but at least I could get one in before I went to bed. Randomly, I chose to read, “Night Life,” a raw story about a greasy ex-con “dumbass” car mechanic who meets a woman in a southern bar. I loved it because it was propelling, shocking and dirty with dialogue that felt real.

The next morning, I told my Dad that I had read part of Facing the Music. I know he was happy to hear it because my parents wanted my sister and me to read as much as they did. (Well, maybe half as much as they did. Some things are not possible.) Immediately, my Dad told me that Larry Brown had been a firefighter who, when off work was trying to become a writer. Upon further research, I discovered that over a period of almost ten years, Brown had had hundreds of short stories rejected before he began to be published.

Brown, born on July 9, 1951 grew up near Oxford, Mississippi and chose the Marines over college. It wasn’t until his early thirties that he began writing during sleepless nights at the fire station. Soon after, he began writing fulltime while working menial part-time jobs on the side. Brown’s obsession with writing became so severe, that his wife said, “He was so determined to make it, he’d stay right there with it all the time. He might come and sit down and eat with us. To this day, he usually doesn’t eat with us, cause if he’s writing, leave him alone. Let him write. He’ll eat when he gets hungry. So we’ve always done everything without him around because he was always writing. But, when Larry writes, that‘s when he’s the happiest and when he’s not writing that’s when he’s so depressed and you don’t like to be around him. You can’t stand it.”

A heavy smoker and drinker, most of Brown’s stories came from his favorite haunts: bars. “There’s so much material in there, but that’s what I’ve been around and what I’m still around. It’s one of the things I know the best,” said Brown. Brown’s wife awkwardly agreed and added, “the slimier, the better.” Many of Brown’s stories were based on experiences at Oxford bars: Opals, Ireland’s and City Grocery.

Brown’s formula was simple: Create a character in an interesting situation, introduce another character and then see what happens. After the characters had been introduced, Brown liked to reveal their thorny pasts. “And then they do something totally unexpected that you totally didn’t see coming. That’s the payoff for me,” said Brown about his favorite part of the writing process. How did Brown suck the reader in? “Sex is what starts off trouble. Sex adds fuel to the fire,” according to Brown. And Brown tried to start with trouble on the first page.

My Dad had little to say about Brown and nothing to say about Facing the Music. Instead, he mentioned Brown’s sixth novel, Fay. “Fay was such a dark book. In fact, it was so dark and disturbing, I wish that I had never read it.” That was enough information to inspire me to buy my own copy of Fay when I returned to my home in Los Angeles.

My Dad didn’t like Larry Brown’s work, but after he died in 2015, I discovered that he had purchased first editions of all of Brown’s books. He didn’t like them, but he knew they would become valuable one day – because they were good. Dave and I are still deadlocked. 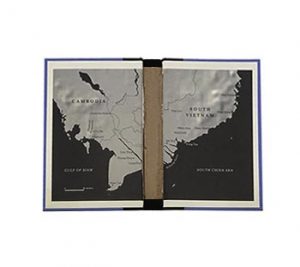 Trouble On The First Page: Who Is Larry Brown? Enter your email to receive news about new arrivals and sales.